Why is it still a thing?

America puts up with a ton of meaningless crap we don’t want or need. My job is to complain about stupid things that don’t make sense to me. Let me share just one aspect of life here in the good old USA that drives me crazy: Daylight Saving Time (DST).

I’ve written about this before, but let’s review. Daylight Saving Time was first enacted by the US Government during World War I to conserve coal. Let me add that this happened during a pandemic when hundreds of thousands of people were dying. Maybe they wanted something else to talk about.

Daylight Saving Time persisted in various forms at local and state levels until the federal government passed the Uniform Time Act in 1966. Two states, Arizona and Hawaii, don’t change their clocks twice a year. The territories of American Samoa, Guam, the Northern Mariana Island, Puerto Rico and the US Virgin Islands also do not mess with their clocks.

We are far away from the agricultural lifestyles of the early 20th century. Most farmers will tell you they never saw any benefit when changing their clocks back and forth. They got up at the same time to do their chores no matter what the clock said. It’s now unnecessary to save coal by adding morning light from November to March. Some say it’s safer for the little ones going to school, but in the days before the fall-back clock change the kids are already catching buses in the dark. If DST is all about the kids, shouldn’t we have clock changes to keep them in light during December and January?

Time is not a perfect science. Some large landmass countries cheat the clock into a time zone they think is right for them. India is 9 hours and 30 minutes ahead of New York, and Japan. India and China are the only major industrialized countries that do not observe some form of DST because they claim daylight hours are similar during every season. For them, there is no advantage to changing clocks. For example, the difference between Boston and Detroit on the scientific clock is great. At times they could be a 48-minute gap between each other. Clearly, most of Michigan should be in the Central Time Zone. So, one might ask, are the time zones we constructed in America accurate? Why do state lines determine time zones? Perhaps before we debate the DST question, we should make five time zones for the 48 connected states. 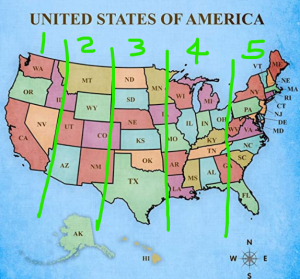 The USA cannot even “brag” about this DST B.S. In 1895, George Hudson, an entomologist from New Zealand, came up with the concept of daylight-saving time. He proposed a two-hour time shift, so he’d have more hours of summer sunshine to go bug hunting. Really? It was because he wanted to catch bugs?

Benjamin Franklin gets some credit for the idea of DST, though his recommendation was made in jest. In a letter to the editor of the Journal of Paris, Franklin jokingly recommended the people get out of bed earlier in the morning to minimize the use of candles and lamp oil.

In trying to keep an open mind, I turned to Britannica ProCon.org. to see if they could explain why DST is good for us in 2021. Here are the advantages, according to them.

“Longer daylight hours make driving safer, lowers car accident rates, and lowers the risk of pedestrians being hit by a car. Economists Jennifer Doleac, PhD, and Nicholas Sanders, PhD, found that robberies drop about 7% overall, and 27% in the evening hours after the springtime change. They stated, ’Most street crime occurs in the evening around common commuting hours of 5 to 8 PM.’” Comment: Well, in my neighborhood the bad guys usually come in the middle of the night.

DST is good for the economy.

“Later daylight means more people shopping after work, increasing retail sales, and more people driving, increasing gas and snacks sales for eight months of the year (the time we spend in DST). The golf industry reported that one month of DST was worth $200 to $400 million because of the extended evening hours golfers can play.” Comment: Yeah, fine, but why not golf in the morning, and don’t forget that most Americans shop online.

“When the day is lighter later, people tend to participate in more outdoor activities after work. Hendrik Wolff, PhD, Associate Professor of Economics at Simon Fraser University, stated, because of DST ’people engaged in more outdoor recreation and less indoor-TV watching… An additional 3 percent of people engaged in outdoor behaviors who otherwise would have stayed indoors.’” Comment: Okay, I see this. People do walk after dinner when it is light, but please, it gets darker sooner in winter with the clock change so this is simply a glass half full. In winter, we hit the couch right after dinner.

But wait, since the website is Pros and Cons, let’s get to the Cons!

Daylight Saving Time is bad for your health.

“Changing sleep patterns, even by one hour, goes against a person’s natural circadian rhythms and has negative consequences for health. One study found that the risk of a heart attack increases 10% the Monday and Tuesday following the springtime change and researchers found an increase in cluster headaches (sudden and debilitating headaches) after the fall time change.” Comment: That’s bad.

“The Monday after the springtime change is called ’Sleepy Monday,’ because it is one of the most sleep-deprived days of the year. The week after the spring DST time change sees an increase in “cyber-loafing” (employees wasting time on the internet) because they’re tired.” Comment: This is true. Why can’t we face the music and simply end this stupid chore?

“William F. Shughart II, PhD, Economist at Utah State University, states that the simple act of changing clocks costs Americans $1.7 billion in lost opportunity cost based on average hourly wages, meaning that the ten or so minutes spent moving clocks, watches, and devices forward and backward could be spent on something more productive. The Air Transport Association estimated that DST cost the airline industry $147 million dollars in 2007 thanks to confused time schedules with countries who do not participate in the time change.” Comment: Sure, ten minutes is not a lot of time but think of the millions of Americans climbing ladders to change clocks or having to use YouTube to find a video to help change the oven clock.

This might be a good time to thank the computer nerds who figured out how to calibrate all the tech so that the time changes pass without us having to do anything. This year, I woke up at 2 AM to see how my Amazon Echo would change its clock. I stood there and watched it tick from 1:59 AM to 2 AM, and then I realized, it had already changed to DST! Did it cheat and change right at midnight? I’ll never know and, come to think of it, I don’t care.

Most people will tell you they hate clock changing. If President Joe Biden wanted to get his poll numbers back up right now, he would sign an executive order getting rid of all this fall back – spring forward stuff. People would have parades for him, ask him to kiss their babies… ah wait, they wouldn’t, because if Biden did end DST there would an uprising from the Cult of Trump protesting the removal of something they don’t care about. They would probably invent a Critical Time Theory.

So, I’ll get back to reality now and not waste any more of your precious time. DST is just another stupid tradition that has been baked into our country and because we are so influential and powerful countries all around the world have adopted our mistake. It’s like the claim the cryptocurrency uses too much electrical current. But wait, is that even true?

According to the New York Times, estimated electricity consumption (terawatt-hours, annualized) the Bitcoin network uses about the same amount of electricity as Washington State does yearly, or more than a third of what residential cooling consumes in the United States and more than seven times as much electricity as all of Google’s global operations.

On the other hand, global wealth is estimated at just over $1 quadrillion but Bitcoin’s market cap is just over $825 billion. Bitcoin thus represents 0.0825% of global wealth but uses more energy than a state. If Bitcoin functionality requires that much computer power, then why is it a good thing for the world? If we end Daylight Saving Time, shouldn’t we also stop Bitcoin from burning through so many terawatt-hours? Those bitches!

With all the problems we must solve, I am sure no one will challenge our useless clock changes, but maybe someone should concoct a better idea. Even in the fall when I get an extra hour of sleep, I feel out of sorts. And in the spring, I feel tired and out of sorts. I am going to have to drive to the store to pick up some more “sorts.” I hope they aren’t sold out.