If you are under forty years of age, you probably don’t know about the concept of “equal time” for radio and television. It was a rule codified by the Communications Act of 1934, and it required broadcasters to allow candidates to purchase airtime at the same rate as their “most favored advertiser,” meaning at the lowest possible rate. The Federal Communications Commission (FCC) rightfully was concerned that broadcast stations could easily manipulate the outcome of elections by presenting just one candidate’s point of view while excluding those of all other candidates.

I’m a former broadcaster and I remember times of having a candidate talking and joking on the air with the morning crew for twenty minutes. Afterward, I had to send a letter to all the other candidates offering them the same time. Of course, games were sometimes played. If the “snake handler Nazi” candidate demanded equal time, the station gave him twenty minutes on Sunday at 4AM. 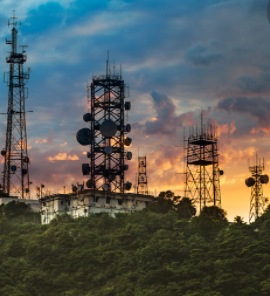 The equal time rule should not be confused with the now-defunct FCC fairness doctrine, which was introduced in 1949. It required the holders of broadcast licenses to present controversial issues of public importance and to do so in a manner that was honest, equitable, and balanced. The FCC eliminated the policy in 1987.

This brings us to Citizens United v. FEC (Federal Election Commission), a 2010 Supreme Court case whose ruling asserted that corporations are people and removed reasonable campaign contribution limits. This allowed corporations and unions to use dark money in attempts to influence election results by advertising for or against one or more candidates. Wow, how did we get here?

Neither you nor I have the time to get into the details of this outrageous decision, but the highest court in the land said in no uncertain terms, that they 1. Don’t believe that disclosing who gives a candidate money helps democracy and 2. Corporations have the same first amendment rights as individual people. Okay, I get it, money talks and nobody walks, but why can’t we know exactly who is talking?

Corruption is as old as language because once a person could communicate with another they could give in order to get. The essence of quid pro quo was around long before the Latin words, quid, pro and quo were invented. The phrase means something for something, and after a person has been given something, especially something of great value, that individual typically will deliver something in return. Politicians are like kids set loose in a candy store and told their parents won’t be back for an hour. They know that eating too much candy is wrong, but hey, no one is there to stop them.

Our campaign financing system is broken and the only way to fix it will be getting these less than honest grifters out of the candy shop. Even the more moderate and semi-honest politicians in both parties complain about how much time they waste making phone calls to donors and Super PACs. They already get paid handsome salaries for doing their jobs, so why should they be allowed to fund raise on our dime? The annual compensation for most Senators, Representatives and Delegates is $174,000, and they get more when in leadership roles. They also have great healthcare insurance and average pensions of $74,028. Why do they beg for money? Because they need as much as possible to buy more advertising than their challengers. Simply put, that corporation, you know, that “person,” will pay whatever is necessary to put their candidate’s message on the air UNEDITED and UNCENSORED. They can say whatever they want.

A television or radio station doesn’t have to take political advertising but should they sell one political ad they must take commercials from other politicians until they are sold out. Candidates rush to buy their advertising schedules early to insure they get on the air. A few years ago, I was researching political advertising for a major firm and one candidate bought so late there were only a few spots available. They lost.

The term “dark money” is unique to the United States. Our unreasonable laws allow “nonprofit organizations” to raise funds for the purpose of influencing elections without requiring disclosure of their donors. These monies are dark, sinister and secret by their very nature. In fact, they are NOT dark; they are invisible.

Those political con men and women who talk about how they want politics and government to be transparent are full of shit. Two congresspeople, Georgia Republican Marjorie Taylor Greene and Florida Representative Matt Gaetz, have raised between $1.4 and $1.5 million in donations by teaming up to hold rallies in states they don’t even represent. By the way, it’s a two-way street. Representative Liz Cheney has reported to the FEC a $2.4 million bankroll, which is major moola for Wyoming. You see, the wind blows both ways and the dollars fly to anyone with a presence and controversial tail wind.

Call it what you will, but that money, regardless of its origin, is a damn bribe. If I give you money, you must profess my beliefs. For example, a candidate or congressperson can raise oodles of cash by stating belief in the BIG LIE. It doesn’t matter if deep-down inside they don’t believe what they are shoveling, the more shit they sling the more money they get.

SOLUTION? End Citizens United and pass a law requiring the disclosure of all political contributors or donators. Any “non-profit” that buys a political ad, must have a website detailing all monetary donations and sources. Also, anyone running for, elected to, or filing to be on the ballot for any federal office must disclose the last three years of their tax returns. None of this is unreasonable but should it all happen you’d quickly see many corrupt sons of bitches running out the door.

Transparency is better than darkness. As the Washington Post says, “Democracy dies in darkness.” True, that.