A classless society is beyond reach

One lesson in the teachings of a holy man two-thousand years ago truly stuck. Here it is, “Therefore all things whatsoever ye would that men should do to you, do ye even so to them” (Matthew 7:12). You can call it the “golden rule” or you can call it the overarching philosophy of Christianity, but I call it freedom to pursue happiness, peace and self-esteem.

Let me place this in a modern perspective. I would never tell the Governor of Florida what he can or cannot do in his bedroom, and I certainly don’t want him to restrict my actions or freedom of speech based on his personal dogma, but that’s exactly what he does. As an older, retired person who is financially comfortable, this is more philosophical than a face-to-face fight, but for many poor or disadvantaged people this is the large boot on the neck that Justice Ginsberg talked about, a metaphor for control through laws and proclamation.

Let’s consider this first bit of reality, Roe vs. Wade. You can talk about what is or isn’t moral or what was decided rightly or wrongly, but by eliminating convenient and legal family planning you are pushing poor people of all color back into a box of arrested development. When a woman cares for one or more children, she necessarily must give up other things. If the child is unwanted because of rape, incest or a dominate male who was more interested in sex than support, she will likely enter the unending circle of multiple jobs, lack of money, and in some cases, lack of supervision of those she brought into the world. How can any sane democracy allow their government to dictate such a personal decision? When the laws of the land impose a ceiling on economic and upward mobility, it’s simply war on the poor.

We would rather shovel up the sleeping homeless and dump them in a camp outside of town than confront the problem of how they got there in the first place. It’s totally amazing to me that in the richest country in the world we have many families without food, and what some experts believe is close to half a million homeless people. How can we let this happen and still claim to be a moral nation? The reality that we throw out 80% of the food grown or processed, is unforgiveable.

Now, there is another virus going through the land based on the stupid concept that college is too expensive and not necessary to be successful, but I find it annoying that people put down education. Oh, I get it, some neo-conservative and libertarians claim college educators with tenure are there to groom our precious offspring and lure them into a liberal, bullshit-laden, cancel-culture American cult, but I thought going to college made one smarter.

People with college educations live better and vote differently than those who wander around the capitalistic bullfight ring trying to spear a high-paying job. Sometimes they get “replaced” by more educated and smarter people, then they walk around with a chip on their shoulder labeled “disenfranchised.” College is hard, and the discipline to get to the promised land comes with a judgement of who you are compared with others your age. When you get booted out for goofing off, that’s on you. If you leave early because you have a huge business dream, like Mark Zuckerberg, you might find yourself not driving a plush car when the marketplace rejects your idea. Hey, college is a fantastic way to find out what you might have in the brain of yours.

The real driver here is the cost of education. There is a general resentment that after you did the work you must constantly excel to pay off the debt. Bill Maher, who tells jokes and has stood out in his craft, berates college because of what they have become not what they offer. A person highly gifted in a certain discipline, software coding for example, can go places without an education, but working in an advanced science like nuclear engineering requires a college education.

But let’s get back to the war on the poor. We know that minorities and less advantaged people in America have a harder time qualifying, staying in and graduating from school. Of course, highly valued student athletes don’t need a piece of paper because of their gift, but the number of those lucky ones is so small we shouldn’t even consider their stories. The focus should be placed on the people who spent their whole life training, working and exercising but didn’t make a professional league. They may have enjoyed sixteen exciting Saturdays in their college life, but then… nothing. And the question arises, what are they qualified to do? There aren’t that many professional sports organizations in other countries to take all these former college “stars.” 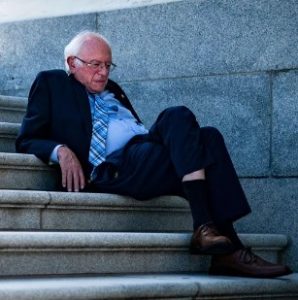 Conservatives rail against socialism but liberals don’t have an answer, a plan or the will to pass Bernie Sanders’ proposal of free college for everyone. Okay, but Bernie, college is not for everyone. Its very nature limits access to those who qualify, but then, many desks, dormitory rooms and books are held by those so-called “legacies,” the offspring of the parents and grandparents who attended the same school. It’s a hierarchy that defies logic, but those older family members produce large endowments and cash flow and we look the other way when a C-student takes the place of an A-minority with no athletic prowess. And so, the beat goes on.

Attending college will neither lower crime nor produce an idyllic, equal and happy society, but it will make people smarter. Sadly, the lower percentage of college students these days will likely bring us more Marjorie Taylor Greenes. By the way, she attended a university and look what happened. She has a business degree from the University of Georgia, a great school, that produced a total idiot. How did she even graduate?

The poor are being pressed to the sidewalks of America by a new class of bigots, fools and racists. Those who fight against affordable housing are waging war with the poor. Those who want a total ban on abortion are declaring war on women, particularly poor women. And those who put down college education, are myopic misfits. Why the war on science, education and the poor? We quoted Jesus to start this post, and it’s clear that many Republicans in Congress don’t give a shit about poor people; or even obeying the “golden rule.” And I’ll go so far to say they are the money changers. They are changing your money into big houses they give to their children.