When I first heard the name Ted Lasso, I thought he might be a Lash LaRue character from a 1950s cowboy movie. Then I found out this modern-day character is played by Jason Sudeikis and my interest was piqued. I wanted to give the show a try but was disappointed to learn it was on Apple TV+, one of the few video platforms we didn’t have.

While out West for a wedding this summer, my significant other spent some time with her old friend who had Apple TV+ and she watched the first eight Ted Lasso episodes. She got hooked and she bought the Apple gizmo when we got home so we could experience Ted Lasso. 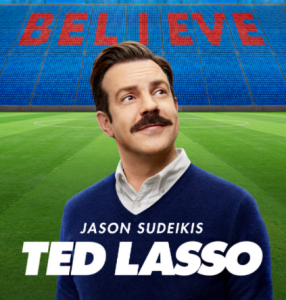 I’ve always liked Jason’s approach to humor, so I expected quality comedy, but after watching the first season I realized a number of things were happening with Ted Lasso.

First, the premise isn’t new. It’s similar to the Charlie Sheen movie Major League, which was released in 1989 when Sheen was still funny. Both feature a woman who takes over a professional sports team, but the similarity ends there. The woman in the Sheen film wants to grow her franchise for profit while the Lasso woman wants her London soccer team to fail to anger her ex-husband. To that end she brings aboard Mr. Lasso, an American college football coach from Kansas City who knows nothing about soccer, a game known as football in the UK.

I had an epiphany watching Ted Lasso win seven Emmy Awards the other night. Americans are moving toward different kinds of entertainment and sources of distribution. Maybe it’s not such a remarkable observation. After all, technology has been driving the migration away from over-the-air television during the last ten years. But thinking about the many aspects of how Americans now consume entertainment made me realize just how profound the changes are.

Network TV is no longer satisfying people, especially those who can afford multiple platforms like Netflix, Amazon Prime, Hulu, Paramount+, Disney+, Peacock, Apple TV+, Sling, YouTube and, well, I could go on, but I’ve made my point. Smart TV’s have enabled the use of those applications at the touch of a button, but it’s not just technology that drives binge watching, it’s the content.

Ted Lasso came along at a fortunate time. We fell for this guy who’s been forced to be away from his family back in Kansas City, perhaps reminding us of FaceTime with our kids and family during Covid. In a sense, the soccer team members are Ted’s kids, and he is trying to give them fatherly advice, even when in the beginning of the series, they totally disrespect him. Lasso knows nothing about soccer but that doesn’t matter. He was brought in to destroy the franchise.

Ted Lasso is a story about redemption. The lead character’s analogies, metaphors and daily doses of shortbread biscuits brought to his boss are totally misunderstood by the locals, but he slowly grows on them. The success of the show has also spawned social media and exploitation experts to give us things like this.

It’s not a sports story as much as it’s a “dramedy” filled with tons of pop cultural references that are easy to miss if you aren’t watching closely. Corny pun driven quips flash by to keep the pace fast and crisp. Clever writing like, “This place reminds me of that movie Once. I liked it so much I watched it twice!” will make you laugh.

The show was developed by Sudeikis, Brandon Hunt, Joe Kelly and Bill Lawrence. The lead actors are totally involved in the writing, as was true with Jason’s roots in Second City and SNL. Unlike most shows, the characters’ lines are not created by a committee of writers and the language is not shaped or censored by attorneys and network suits. The writing technique gives characters their natural vulgarity and relatability. They also have kids using adult language that throws viewers off at times and, well, is funny.

There are some truly heart moving moments in the show. I find myself feeling for these people despite my natural blocking of predictive emotional heart plucking or equally obvious embedded lessons being dispersed. Why is this? Could it be, just damn good writing?

There is a certain vulnerability to Jason’s portrayal of Ted Lasso. The hyper-positive “Pollyanna” outlook of the man, which is magnified by his “cracker” over the top southern accent, keeps you wondering if Ted is the ultimate goldfish out of water or if he’s playing everyone for what they want him to be. As he slowly evolves from “wanker,” to “semi-respected wanker” and you root for him. In our age of cynicism and division, we can see the globalism of the team as well as the divide between the Americans and Brits, but mostly we go along for the ride. Lasso affects everyone, and even lacking success, he makes them feel good about themselves. Instead of a preacher, a politician or even a spouse, we all want to be around someone who rises above the shit of everyday life.

As I watched shows like The Crown, The Queen’s Gambit, Hacks and Mare of Easttown win most of the awards, the influence of British writers, actors and producers on American entertainment became obvious. Then it truly hit me. Oh my God there were no awards for ABC, NBC, CBS, FOX or other US network shows. We shouldn’t judge an entire medium based on awards, but people were missing the point while yelling “Oscars and Emmys so white.” The audience was way ahead of the award shows.

Over-the-air networks still have millions of viewers, but they focus on competition shows like The Bachelor, Dancing with the Stars and The Voice along with one-season, second-class sitcoms. Perhaps this should come as no surprise. As viewers’ language and community standards change, network TV cannot “go there.” Sure, shows like Blackish are funny, but they fall short of the quality of humor that can be seen for a small monthly fee. We are changing and how we spend our entertainment time is also changing. The only network shows I regularly watch are the late-night talk shows, nightly news, and true crime shows like Dateline, 20/20 and 48 Hours. I’m sure there are many other just like me.

TV has always been used as an escape and the streaming platforms offer better escapes now. Just as Howard Stern left over-the-air radio to be able to say what he wanted on satellite radio, many talented people are now escaping to HBO, Apple, Hulu, Showtime, Amazon Prime and other streaming networks to share their uncensored and authentic stories. The success of Ted Lasso is the canary in the coal mine. The video streaming services have become the renewable entertainment sources of today and tomorrow. 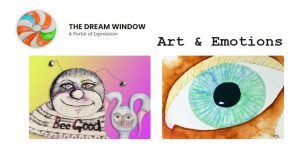