How to deal with dissent in the age of disinformation

Despite a fear of coming off as contrary or annoying, I must say that my default position is skepticism. You see, I’m inclined to question, and sometimes strongly doubt, accepted opinions.

Most of my friends were quite puzzled when I developed a fear of flying in the mid-1970s. My illogical dread began when I became obsessed with media coverage of several major air crashes at that time. 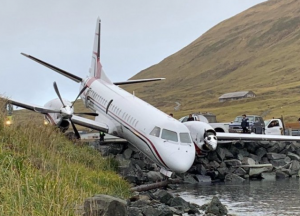 One of my friends, a true avionics enthusiast, took me by the hand and began a deprogramming process. We would meet for breakfast then go to the local airport observation deck to watch airplanes taking off and landing. Richard would point and mockingly say, “There, see that one? Didn’t crash!” He would do this routinely while interjecting his vast knowledge of aviation and how jet airplanes actually worked. The day finally came when he pointed out yet another plane that didn’t nosedive into the earth, and we both broke out in laughter.

I never forgot how much my friend helped me as this recovered-fear-of-flying human moved through life. Over the course of my more than fifty-year career, I flew millions of miles and was enrolled in numerous frequent flyer programs. My journey implanted a couple of points in my brain. One, never use a single incident or an anecdote to form an indelible conclusion, and two, without knowledge, facts and comprehension, human intellectual growth becomes stunted.

A racist who doesn’t know what racism means will never be able to cure their malady if and until they come to an understanding of what racism actually is. I remember learning the origin of the term “mulato” was a reference to a mule, the offspring of a horse and donkey. I then immediately deleted the word from my vocabulary, feeling embarrassed by my lack of realization.

Being diagnosed with attention deficit disorder in the mid-1990s, I was appalled when my personal physician told me, “You’re much too successful to have ADD.” He was wrong, and his lack of skill in identifying this simple ailment was astounding. I internally diagnosed my condition because all the data points lined up and confirmed the truth. With treatment, I have become more linear, more productive and decidedly happier.

Occasionally, I have faced someone who said ADD was a “made up thing” or an “excuse” for not working hard. I bristled, but with a calm voice and gentle smile began putting them to the test by asking if they knew the name of that spaced out sensation one encounters after a long airplane flight, “You know, that strange feeling when finding yourself in the grocery store but unable to remember why you are there?” They would chuckle and explain, “Oh, sure, that’s jet lag.”

I would thank them, then continue, “What about that peculiar feeling or having “been there before,” and not just the place but the circumstances of the situation?” Their answer came quickly, “Well, that’s déjà vu. Everyone experiences that.” And then I would say, “But it’s just a made-up thing, right?”

Once I nudged them into a defensive posture, I explained that ADD is a medical condition, primarily caused by a lack of sufficient dopamine in the frontal lobes. To be clear, jetlag and déjà vu have nothing to do with ADD, but prodding my listener to connect the dots of brain activity helped them understand their pronouncements were less than scientific or logical. Most experts believe the feeling you’ve been here before happens when there’s a bit of a miscommunication between two parts of the brain and that jetlag is a circadian rhythm sleep disorder caused by pushing the internal clock off schedule. Just observe what happens with people during a one-hour time change in spring and fall.

There’s a divide in our country based on a notion that no fact is secure. Sure, things change over time, but an openness that more data might require reversing or modifying one’s behavior is needed lest we sentence ourselves to a life of misery. I overheard a restaurant conversation where a man stated his reaction to a Covid-19 booster shot made him feel badly for a day. He said, “I will never get another shot. I don’t trust anything the CDC says.” Okay, that was one person, but I suspect he will vote for the political candidate who holds that same opinion, lacking any comprehension he would be more protected with the vaccine. If his doctor told him he has stage two cancer, would he walk out saying, “I don’t believe you,” and go home to await the third and fourth stages?

Science is not a one-night stand but rather a meaningful and ongoing relationship based on trust and truth. The more a loudmouth blowhard seasons an event with misconceptions, misinformation or disinformation, truth and trust become the victims. If a respected friend tells you that the CIA participated in the JFK assassination, it’s important that you examine and research the notion. When a person completely falls for a half-baked theory spouted by a TV talking head without any research, vetting or fact-checking, they are letting someone else program their brain. Is that a real thing? Surely.

One of the best pieces on the subject appeared in an article: The Social Dynamics of Conspiracy Rumors: From Satanic Panic to QAnon in Skeptical Inquirer magazine. The gist of that piece was use of the word “theory” after the word “conspiracy” should be eradicated forever. The word “theory” is simply wrong in that context. It’s not a theory, it’s a damn rumor. The term conspiracy rumor imparts less gravitas and more puffery. 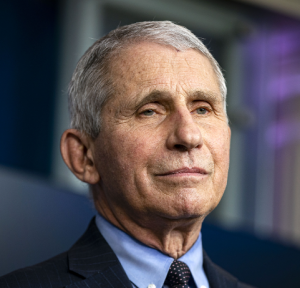 By its very nature, a pre-conceived notion is an opinion formed without adequate evidence. We have all heard and used the phrase, “Well, that’s your opinion.” If using it ends a discussion and allows you to keep a friend, good for you, but if pushback makes the discussion escalate to an eruption, then the outcome was certainly not positive. It would be even worse to slam the door with, “You don’t know what you’re talking about.” In July of 2021, when Dr. Anthony Fauci spoke those words to Senator Rand Paul, nothing was accomplished. Rand continued with his vitriolic, preconceived notions and millions of people refused the vaccine. Some of them died.

With mounting distrust of science, political manipulation of our educational systems and proclamations about everything being broken administered to millions by morally empty politicians, what can a reasoned thinker do to make the world better? You can either teach, talk to the crazy people, or leave the grid and turn off the TV.

I remember one of my kids being nervous about her first unaccompanied airplane flight. I told her, “You know, they don’t usually crash.” I’m sure my sarcasm didn’t help at all, and in hindsight I should have said, “They hardly ever crash.” Some suggest the odds of being in a plane crash are about one in eleven million. When the Powerball jackpot was over a billion dollars, it was said the odds of winning were one in 292.2 million. So, life imposes gambles, both bad and good.

Some celebrities claimed to have done research and decided not to get the Covid-19 shot. When probed about their information, they cited a whacko television talk show host or a website featuring lunatics-against-science. When asked if the 2020 election was rigged and the results invalid, a significant percentage of Americas said that is true, even though there are tons of data and documents to dispute that conspiracy rumor. How can we attain truth and trust again?

Most who fear flying will not make the effort to visit the airport for days on end to understand the vast number of verifiable data points proving planes rarely crash. Those who believe in the so-called deep state are ignoring that it is only real to the extent they embrace it. Once the poison of fixed position thinking takes ahold, the only path toward true liberation is the vaccine of truth. And you will probably need boosters along the way.

CHECK OUT ALL THE BOOKS