Skip to content
» Cabinet » OPEN LETTER TO THE WORLD

Words go only so far when dealing with a short man who carries a Napoleon complex and a need for cruelty. The President of Russia is a thug and a terrorist. He has committed war crimes and it’s not a push to say that he, and he alone, has wreaked genocide in Ukraine. His psychological transmission of machismo, with videos of hockey playing and riding a horse with his shirt off, proves what we’ve known all along. His control over others is desperately needed to stoke a sense of stature in his own mind. He resents any person, country or ideology saying he’s nothing but a mean, vindictive human with the same flaws as Hitler. 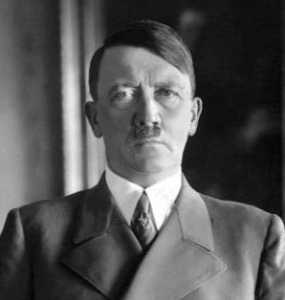 We marched to the drum of justice and democracy after World War II and we spoke out loud the words “Never again,” but now it’s happening again and we stand silent, just like we did at the close of the 1930s. We stood inactive when the genocide happened in Darfur. Hundred of thousands of people were murdered and all we could do was make movies about the tragedy. In Syria, ten years of war left at least 350,000 dead, and the so-called leader there had no problem bombing and gassing his own people to put down a revolution. Bashar al-Assad is an immoral dictator who, like Putin, doesn’t care about human rights or genocide when advancing his political agenda.

Every free country of the world watching the constant bombardment of Ukraine on TV stands by the men, women and children murdered by Putin. Why can’t the world unite against this horrible abuse of power? Assuming Putin is bluffing about the use of his nuclear power, what are we waiting for? Would it make a difference if Putin was marching into Poland, just like Hitler did? When do we just say “NO” to this unhinged lunatic?

The Russian people must share some blame. After all, they voted for this maniac, maybe out of fear or maybe the election was fixed, but they are allowing Putin to wage this war. Then again, they are being fed a pile of bullshit propaganda and might not know the truth, or maybe masterful Mr. Putin has brainwashed them into believing this stain on their history is good for Russia. Nationalism, as we have seen here, produces so much misinformation and lies that push Pinocchio’s proboscis to a length that could impress a wooden prostitute.

The tragedy in Ukraine will continue until someone ends Vladmir Putin and his illusion of power and right. He’s not going to support any reasoning or compromise, because this is his last chance of getting it up on the world’s stage. While he waves his fake communism and exists as a full-fledged Russian fascist, the entire world is being lazy. Maybe it’s time we declare war against the bastard. I mean war against the person, not the country. Could that be worth a try?

Putin thinks he’s a Czar and has changed the Constitution of the Russian Federation so he can remain in power forever. Who let this happen? I’ll tell you who; fearful, limp representatives who know deep down inside that were they to rebuke Putin they would be shot, poisoned or sent to a labor camp to die. The United Nations should vote Russia out. It’s shameless they have the power to veto any measure that body brings to the world. You cannot give the fox the combination to the lock on the hen house. If there are more sanctions to impose on Putin, what the fuck are we waiting on?

Putin’s army has the wherewithal to destroy a culture, a country and its people. Why are we letting him do this? We were afraid of Hitler and allowed him to take over the world before raising a finger. We waited too long with Hitler, and we are waiting too long with Putin. Just the other day I heard this phrase on TV, “The US will be sending in advisors to help train the Ukraine army.” REALLY?

Let me remind you, “In September 1950, US President Harry Truman sent the Military Assistance Advisory Group (MAAG) to Vietnam to assist the French in the First Indochina War.” Our involvement always starts with sending advisors, then a few special operations people are ordered in to, you know, help the CIA. Next, we’ll send a few thousand; it’s already been written.

Hey WORLD, wake up and take note. When a country’s leader gives an order to bomb a maternity hospital, he’s not worthy of his position. A leader who shells their own people is immoral and certainly God should intervene, but he hasn’t. Why?

I suggest that if everyone in the world prayed to God to end this war and eliminate Vladimir Putin, not a damn thing would change. When faith or an allegiance to a supreme being doesn’t make the world a better place, we must act. Who gave Putin the power to kill thousands of people?

While we all sit watching TV and feeling badly, the madman continues killing. It’s time to act. We must get involved. If not, then no one is safe in the world. This is definitely worse than global warming.

Find a job, Find the candidate you need.

Check out all the books written by Dwight C. Douglas here.

4 thoughts on “OPEN LETTER TO THE WORLD”