Legal Loophole for Both

I don’t know about you, but I believe those who perpetrate the crimes of incest or rape are far beyond immoral. Why would any state legislature, let alone US lawmakers, dilute the punishment of either crime? You may be puzzled by that statement, but that’s exactly what states are doing with their anti-abortion laws. Let’s back up and consider a few things.

Take a few moments to read what the Encyclopedia Britannica says about rape during war: “The rape of women by soldiers during wartime has occurred throughout history. Indeed, rape was long considered an unfortunate but inevitable accompaniment of war — the result of the prolonged sexual deprivation of troops and insufficient military discipline. Its use as a weapon of war was gruesomely demonstrated during World War II, when both Allied and Axis armies committed rape as a means of terrorizing enemy civilian populations and demoralizing enemy troops. Two of the worst examples were the sexual enslavement of women in territories conquered by the Japanese army and the mass rape committed against German women by advancing Russian soldiers.”

Now we are seeing Russian troops raping in Ukraine. We are quick to call such behavior a war crime, and indeed, with accurate proof, it is. Most United States police departments take rape seriously. After an alleged sexual assault, good policing includes a visit to a hospital and deployment of a rape kit to gather evidence. Although incest is prosecuted less in America, it’s still a heinous crime and any person inflicting such physical and emotional pain on a child should be held accountable.

Each state has its own set of rules and penalties for those who commit such atrocious acts but one thing is certain, there has been a change in attitude toward rapists in America. In most states, a woman has the right to terminate a pregnancy caused by rape.

According to the End Sexual Violence website, “Sexual violence occurs on a continuum of complex and difficult crimes having devastating impacts on victims. According to the United States Department of Justice Bureau of Justice Statistics, only 31% of rapes are reported to law enforcement. The term ’forcible rape‘ is used in the Uniform Crime Report by the Federal Bureau of Investigation to report incidents of rape and is defined very narrowly excluding many forms of criminal sexual behavior. Use of the term ’forcible rape‘ in the Uniform Crime Report coupled with the underreporting of the crime has led to very limited statistical picture of sexual violence. Additionally, the term ’forcible rape‘ fails to track either federal or state law relating to sexual crimes.”

But wait, all rape is forceable. You are forcing yourself on someone who doesn’t want you. I have a feeling this is more a legal definition than a description social policy can be fixed on.  I think it has more to do with the victim being beaten or injured in the commission of the crime. Just because someone allows it to happen (which is what women are advised to do if they have hope of avoiding injury or death), does not mean they weren’t raped.

Healing the Incest Wound: Adult Survivors in Therapy is a book authored by Christine A. Courtois. In it she discusses rape based on force and power. “Prevalence is difficult to generalize, but research has estimated 10–15% of the general population as having at least one such sexual contact, with less than 2% involving intercourse or attempted intercourse. Among women, research has yielded estimates as high as 20%.”

The recently passed bills in Texas, Oklahoma and other red states prohibit the medical termination of a pregnancy with no exceptions, not even if the pregnancy is the result of rape or incest. In a sense, these poorly written laws are giving a pass to those who force themselves sexually on a woman or family member. It’s the ultimate erasure of women’s rights to their own bodies These laws legitimize the result of rape.

The justification for these errant laws is God has “blessed this union” simply because one of more of the rapist’s sperms caused conception. Who are these people who would convict the victim to a lifelong responsibility of raising the product of a vicious and violent act? And who dares speak for God? If a law prevents a woman who endured a forceful rape from taking the recourse of ending the ultimate form of unwanted pregnancy, then what have we become as a nation?

Any law forcing a young girl to endure a pregnancy that her father or brother brought on through a highly sinful and atrocious act goes against the grain of many Biblical parables. Remember, God ordered the death of a child for a person to prove their loyalty to God himself. Why wouldn’t you allow the death of an unborn fetus resulting from rape or incest? Wake up you legal misfits. You are not God and you shouldn’t prevent a woman disconnecting from her rapist with a simple and safe medical procedure.

If the Supreme Court cannot see the simple difference between an unwanted pregnancy and a pregnancy as evidence of a crime, then we are not the advanced society we claim to be. If you want to go back to the letter of the law of the Holy Bible, I challenge you to show me where it says rape is okay. If you are so draconian you believe that two-thousand years ago humans were without faults or deceptions, then tell me how a modern world of justice for all works.

On the surface, justice for a fetus might seem like a worthy legal pursuit, but if you are giving rapists and perverted family members a break, then you should take a good hard look in the mirror and ask this question, “If my daughter was raped, would I want the perpetrator to have parental rights to my grandchild?” If you answer yes, then you are the problem, not Planned Parenthood. And if no, then you understand that no person should have to be reminded of the pain and suffering of that event, every day of their life.

Find a job, Find the candidate you need.

Check out all the books written by Dwight C. Douglas here. 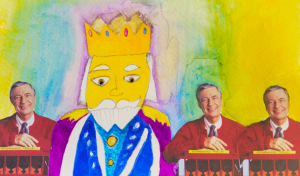 2 thoughts on “INCEST AND RAPE”