We’ve all heard the expression “the apple doesn’t fall far from the tree.” Well, let’s take on this problem. We know that our codes are held in DNA, and we know that some men are totally unfit for childbearing responsibilities, so let’s chemically track those guys and order them to be snipped. Outrageous? Yes, but I have never heard a man squawk, “My body, my choice!”

A new law in the not-so-great state of Texas says that if a woman is raped, even by a family member, she doesn’t have the right to terminate a birth conceived by that illegal act. If the state believes it has the right to tell a woman what to do with her body, then why not also have a law that medically punishes any man involved in an unwanted pregnancy by force or violence?

I can already hear screams from mostly white males in state legislatures that this would be going too far. A state commanding a medical procedure on a man, especially on his reproductive organs, would be governmental castration. There would be passionate speeches declaring the government has no right to tell a man he must get snipped “down there.”

What is a vasectomy? According to the Cleveland Clinic, “A vasectomy is a simple, safe and effective means of permanent contraception or birth control. Because of the position of the male sexual organ, the operation is very straightforward. The procedure involves dividing and closing off the ends of the vas deferens (the tubes that carry sperm) – preventing sperm from getting through during intercourse.” A total of about fifty million men have had a vasectomy or 5% of all married men of reproductive age. “More than 500,000 men elect to have vasectomies every year in the US.” In most cases, this process is irreversible.

When a crime is committed and tried in the United States of America, the courts hand down a sentence to the guilty party intended to prevent them from committing the crime again or pushing them into rehabilitation and redemption. When one person shoots another with a gun our laws can keep them from purchasing a gun, although that process is fraught with loopholes.

If a person continually abuses and beats their spouse or significant other, the victim can get a restraining order that sets limits on exactly how close the aggressor can get to their victim. The attacker can be locked up if they ignore the court’s directive.

Each state has their own rules and laws concerning the impregnation of a daughter by her father. Consensual incest is against the law in all states except for Rhode Island and New Jersey. While incest between consenting and closely related adults is legal in these states, marriage between close relatives is not. So, there you have it. Young girls in New Jersey and Rhode Island would have to prove their father raped them.

Rape is a crime in most of the world. Governor Greg Abbott of Texas claims that rape will be eliminated in his state. Now there’s a true goofball. Rape is not going to be eliminated in Texas or anywhere else. According to the Rape, Abuse & Incest National Network, “There are 463,634 victims (age 12 or older) of rape and sexual assault each year in the United States.” And as well all know, many rapes are never reported. Note that statistic does not include girls and boys under the age of 12. This was a major factor in the abuse scandals of priests in the Catholic church.

I wonder if Texas would support a law that included a penalty of vasectomy for those men convicted of rape or incest. Texas claims they want to get tough on rape, well here’s their chance. The ACLU and many others would argue that such a law would set a horrible precedent. Then there’s this. What’s to stop state lawmakers from sentencing women who have had “too many” babies to tubal ligations? You see, a woman has already lost her rights when a state law imposes a personal medical procedure on her.

No matter what your moral upbringing, you might believe that killing any living human being is a sin. The argument necessarily centers on when a fetus becomes a “living human.” Sperm can make a baby, but only when in the direct presence of a human egg. A woman has sole province over her eggs, and rightly so. Now, what if the state ordered women to hand over their eggs so that the state could decide whether they will be fertilized by a male sperm of their choice? Unlikely, yes, but is there an essential difference between that and the new Texas law?

By saying that any abortion past six weeks is illegal, isn’t the state of Texas really siding with rapists and perverted fathers? Yes, they are. The law is cloaked by the notion that Texas isn’t prosecuting, meaning anyone can sue to get their pound of flesh. It may be a bad metaphor, but if an accuser can earn $10,000 and all their legal fees, what is the state’s game? One way of looking at it is redirecting $10,000-plus of wealth from the parents of a child to a random Uber driver or an uninvolved gold-digging litigant.

Let’s return to vasectomy to cut this short, pun intended. What is so wrong with taking away a man’s right to reproduce? He can always adopt a child if he wants. That is what they say to women who cannot have children. Men’s sperm and the organs to produce it are conceptually the same as women’s reproductive systems. Why separate them? Most experts claim that a healthy adult male can release between 40 million and 1.2 billion sperm cells in a single ejaculation. The responsibility is great, but us guys get a major pass on the legal aspects of impregnating a woman.

Rape and statutory rape are legally the same in Texas. Both are second-degree felonies with jail terms of 2 to 20 years in prison and an optional fine up to $10,000. Does anyone else find it curious that $10,000 number keeps popping up in Texas? They are charging the same for rape and for abortions. The Supreme Court should declare the new law unconstitutional.

It’s time for America to get totally out of the regulation of personal medical procedures and stop this debate about when a fetus becomes a person. In fact, if the laws of America were to declare that a fetus is a full human with rights, then every miscarriage could become a murder investigation. An edict could follow that every individual sperm is a living entity, and no one wants to conduct 1.2 billion depositions. We already have a law on the books. Let’s just keep that one for now. 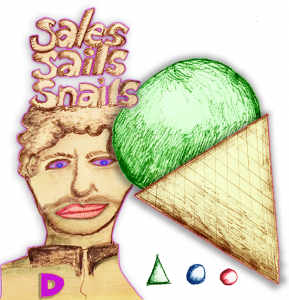 There is a subliminal part of art that makes one wonder what the artist is trying to say. Some of my drawings and doodles mean absolutely nothing. They were just images of daydreams that I splattered onto paper. Others have a specific memory, joy pain or frustration. Some hold love, sexual passions or merely thoughts …