Lessons from the tooth fairy

The myth of the tooth fairy has always bothered me. Maybe it’s because of something I read concerning Middle Age superstitions about children’s teeth. Parents in 13th century Britain were instructed to burn their youngsters’ teeth to ensure their kids would avoid hardship in the afterlife. Really? Some claim the Vikings paid for children’s teeth to use as luck charms on the necklaces they wore into battle.

I always believed the tooth fairy is a con. You know, making a child feel good about losing a tooth because it would benefit him or her. Kids have a natural fear of tooth loss because blood and pain are involved. The tooth fairy justified the pain and children dreamed of becoming rich.

So, how does Congress fit into this? Well, that body puts us all through a lot of pain but the payoff is always less than what they promise or what we need, every time. Now we’re facing this strange concept of one political party wanting to superglue the kid’s tooth back into his mouth and just keep going the same way they always have. They don’t want the people to have something good and better because that would make the other party look productive. It’s a child’s game.

The tooth fairy is not real, and neither is honest, genuine bargaining in the House and Senate. We keep seeing the same pretenses, posturing and pontificating during each major Congressional event, like keeping the government running, extending the debt limit and making sure we don’t default on our loans. So, could America be repossessed by the tooth fairy? Who holds America’s debt?

Well, as is true with most stupid questions, there is a very clear answer. The Federal Reserve holds over $5 trillion in US Treasuries. The rest is public debt — that’s you and me. As of May 2021, foreign countries, companies and individuals owned $7.5 trillion of US government debt. Japan and China are the largest holders, with over $1 trillion each. Did Donald Trump know how beholden we are to China when he blamed them for everything?

Should America be asinine and default, we will take other countries down with us and crater the world economy. Mitch McConnell knows this but continues to force our economy to the brink because he’s just another game player in public office. The best thing for the United States would be for McConnell to get thrown out of Congress.

Rather than getting into a short-term discussion of the shortsighted filibuster rules in the Senate and the minimal power of the elected majority, I would like to propose five simple ways to make Congress better.

And while we are at these changes to Congress, we should also enforce a 75-year-old retirement age for all Supreme Court justices. It’s the same responsibility as driving a vehicle, only more important.

I believe my ideas sound good, but the half-empty people in the crowd will say they won’t stop the bickering, childish behavior and pernicious party loyalties. While that’s probably true, these moves will help us change out the seats more often. Sure, there will still be those who will take the job for their own personal advancement, but the disclosures will help us uncover them sooner.

The greatest challenge to these changes is the fact that the people who have the power to make them are the very same people who would be affected. There is no greater power. Even if Congress passed a law saying Supreme Court justices must retire at age 75, someone could sue the government, or the Supreme Court could rule against the policy claiming it was age discrimination. Of course, they are the same experts who can’t decide how long it takes a fetus to become a human with rights. 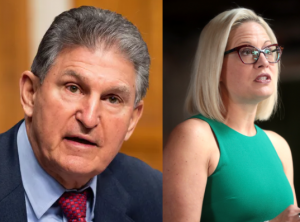 The tooth fairy doesn’t visit homes of parents who are jobless, those struggling against inflation and those who work for minimum wage. Both Joe Manchin and Kyrsten Sinema had no problem voting against a minimum wage increase. How can two Democrats want to keep the middle-class from getting a leg up? Be wary of the tooth fairies in Congress. Some members of that body ask us to put our teeth under the pillow with the promise of money. Then, when we wake up to find our teeth gone but no money, we wonder why Congress played us. They got rich and we have holes in our mouths. It’s time to confront and end the myth that Congress works for us.

One thought on “HOW TO FIX CONGRESS”