Skip to content
» Cabinet » YOU HAVE A CHEATING WIFE

And it’s all because of you

I just thought of a great analogy for all this election fraud B.S. Let’s start with someone who is usually a rather reasonable person, Oklahoma Senator James Lankford. He is facing a rebellion within his party back home because he refused to cast a vote objecting to the Electoral College results in Pennsylvania and Arizona following the riot at the US Capitol. Wow, he’s not going with the “big lie” and is now being tarred and feathered in Oklahoma. Perhaps a scalping would be more in tune with the state’s history.

Mr. Lankford said, “Election integrity is monumental. We have to have confidence, whether we win or whether we lose — we win some battles, we will lose some battles, that’s how politics goes — but you have to have confidence that the election was fair, and the election was legal.” So, he voted in Congress to certify the Electoral College votes. That means, to the best of his knowledge, he feels the election in 2020 was fair and legal. Certainly, he wouldn’t certify the vote if he knew there was a problem.

Let me lay out an analogy/story and you follow along, okay? Imagine a husband who is very insecure, and he has a smokin’ hot wife. Let’s call her Lolita. Hey, just happens to be her name. The husband wakes every day with a little pestering feeling that sooner or later Lolita is going leave him for another man. He has a giant conflict between wanting to control everything yet feeling inferior.

He keeps questioning his wife about her fidelity and keeps poking into her activities, “Where were you for an hour today?” or “Hey, your new trainer at the club, what does he look like?” He endlessly asks and asks and eventually hires a firm named Cyber Ninjas to keep an eye on her. Every week they give him a printout of his wife’s movements, printed on bamboo infused paper, so he knows everything she does and every place she goes.

He makes such a big deal about things that Lolita starts to feel uncomfortable. She talks to her shrink and her doctor tells her to ignore his insecurities, but then she starts to think, “Gee, maybe I should have an affair.” She daydreams about who she might seduce. You know, soap opera stuff.

One day, she’s driving in her car when a song comes on the radio and the lyrics strike a note within her, “People are talkin’, talkin’ ’bout people, I hear them whisper, you won’t believe it, They think we’re lovers kept under covers. I just ignore it, but they keep saying. Let’s give them something to talk about!” That Bonnie Raitt song is really good!

Because of some peoples’ incessant talk about a suspicious election, others are starting to believe they are RIGGED. Both stories are sad. Hot smokin’ wife Lolita ends up, predictably leaving her insecure, paranoid husband after she began seeing someone else.

Similarly, lots of Republicans didn’t vote in the GEORGIA runoff election last January because they were convinced the election was having an affair with corruption. After the Republicans lost, the state government began constructing many new laws to get rid of procedures that made it easier to vote during the global pandemic. Simply stated, when it’s easier to vote, more people vote.

When lots of people vote the margins change, resulting in a stronger mandate to govern. It would be as if all the all the men enacted laws that would prohibit “their women” from leaving the house and if they do, they must wear a cover over their head. Yeah, that will stop this alleged infidelity.

If you shared vowels with a Republican legislator, he or she may have promised to do your bidding and be faithful to you. Once they are elected and sworn in, however, they pledge to uphold the constitutions of the US and the state they serve. They are supposed to take care of all their citizens, not just the ones who voted them into office. I am sure many people in northwest Georgia regret their vote for Marjorie Taylor Greene. They want a divorce from this foolish pairing as soon as possible. She not only cheating on them, she’s doing so with another woman, Representative Lauren Boebert.

Okay, I’ll get serious now. All these new, restrictive voting laws, policies and bills have been analyzed by people who understand American elections, and they have one consistent appraisal of the whole mess — lines at polling places on election day will be longer. In short, it will take more time to vote. In essence, these new laws are making it harder for people to vote.

In southern states where November temperatures are soaring, and in northern states where they could be freezing, it makes no sense to force people into long voting lines. With our advanced technologies and great minds, why would we even consider making it more difficult to vote? I have no desire to remain married to any of these lowlife politicians who, based on a theory of how they can win, make the lives of us common citizens difficult. Have they not even considered using large sports facilities as polling locations so voters could be safe and comfortable?

What is wrong about voting by mail? Many states have done so successfully for years. What is wrong with neighborhood ballot drop boxes? What is wrong with any effort to make it easier to vote, including making every federal election day a holiday? If you give people a day off from work, they just might feel they owe it to someone to vote. It’s not a bribe, it’s common sense.

I say to the Republicans that lots of people will cheat on you, not because of any stupid conspiracy theory but because you sorely misread America. The basic foundation of the United States is giving every citizen a say in the way our government works. You can’t keep Black people, Hispanics or older citizens from voting. No matter how suspicious you are of them, they want to trust their leadership. That lesson came home painfully hard during the pandemic. Some trusted your opinions and they died. Their survivors will never forget your distractions and denials about what was happening. You are not worthy of this marriage. It’s time to pack your things and leave.

CARTOON OF THE WEEK 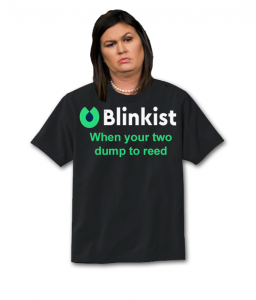