What in the world have we created?

I love technology. It makes life easier and helps people accomplish more in less time. Social media, however, may not be good for everyone. The internet was designed to be a tamper-proof means of communication, capable of surviving wars and natural disasters, and it works. Even though Ian the hurricane killed the power for days in our Florida home, when the electricity powered back up all our emails, tweets, posts and pontifications were there waiting for us.

Once the internet was fully in place, the computer geeks morphed from specialized complexities tantamount to morse code and ham radio to a very usable platform for the everyday letters and graphics of technically unsophisticated users. E-mail was all we really needed, but the ability of one to broadcast their ideas to many soon followed. Once the world wide web was unveiled, we humans found thousands of ways to use it. One of the big drivers during the early days of the web was pornography. You see, there is always a light and dark side to every technology, think Manhattan Project. Yes, the invention of the atomic bomb ended a war but also unleashed the fear and threat of human annihilation. 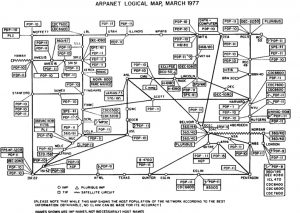 In the beginning, internet “bulletin boards” connected users. Next, social media became a slicked up and simplified outgrowth of that technology, and once some people became infused with its ego, narcissism and psychological reinforcements, however, the tech became a drug. Sure, Google wasn’t social media, but it delivered a straightforward way to locate specifics in the vastness of internet information. Forty years ago, I said the internet provided two basic needs, finding things and selling things. Not much has changed.

One of the menacing aspects of platforms like Tik-Tok, Facebook, Instagram, Twitter, and the rest is the instant gratification of launching whatever one has to say onto the world wide web. For the most part, that thrill is free to anyone in any country that hasn’t blocked the internet from its people. I misused the privilege of being a Tweeter and am now banned for life from that one. I have been put in Facebook jail more than once, and still don’t fully understand why they even care about anything I said. I must have pissed off another user, thus leading to my cancellation. Do I care? Well, yes, because I have always used social media less for socializing and more for promoting my books, web sites and opinions.

Operatives within Russia’s government eventually plowed their way into the threads and thoughts of US voters. These bots and bad guys demonized Hillary Clinton and got Donald Trump elected. I don’t have the desire, time or energy to debate this truth with you. If you don’t believe what I’ve just said then you are ill-informed, and if you are continuing the worship of the fat, false, orange prophet, you are a certified asshole.

Over time, social media companies became less communication platforms and more “publishers.” Under pressure from overreaching government goons and their own users, they began to censor their users. Oh, certainly for good reasons.

The platforms analyzed the traffic and figured out which were foreign influencer bots and who were pure humans. Then they decided to point out what they believed to be misinformation and turned down the demonic disinformation campaigns. Sadly, they were too late most of the time. Even after the social media platforms claimed to have “fixed things,” we still had mass shooters live streaming their deadly deeds. The social media companies were simply too big and stuffed with too much data, rendering them incapable of thwarting this activity. Most of the Facebook and Twitter accounts of the mass shooter lunatics are taken down only after their crimes have been committed, which is certainly not pro-active.

Now, we have one of the richest guys in the world, with a hundred- million followers on Twitter deciding that “he and he alone” can fix what ails Twitter. To achieve this, he bought the company for $44 billion. Some experts say the day he took over Twitter Elon Musk lost $30 billion, yet Twitter is worth only $10 billion, and there aren’t enough people to fire or lay off to make a difference in Musk’s financial fiasco.

Lord Acton was the first person to say, “Absolute power corrupts absolutely,” and Elon Musk, like many humans having too much success, money and power, now believes his shit doesn’t stink. Well, he’s not always right, and what took place three days after his purchase of Twitter proves it.

Musk re-Tweeted a right-wing newspaper that claimed Paul Pelosi wasn’t attacked by a right-wing radical but received his skull fracture from a gay lover he brought home from a bar. Musk has since deleted that tweet, but really, it proves that without a firm, final filter Elon Musk will become Twitter’s number one problem. Ironically, his action removed any aura of him being an “arbiter of truth,” and if he wants Twitter to be a public forum of free and truthful speech, he should be banned from the platform immediately.

Just because someone has a lot of money doesn’t keep them from drawing graffiti on a bathroom wall. Yes, of course, “For a good time, call Elon,” but don’t hold your breath. He won’t answer your letters, take your calls or respond to any “common man.” I know, I’ve written him. Crickets…

It may sound like sour grapes because I was banned, but I believe that within three years Twitter will be gone. When Musk opens up the platform to all those exiled souls who had been sent away, we will all blow our wads telling him he’s full of shit. How will he manage it when he’s the target? He will ban us again. And as the advertisers leave because Elon allowed Trump to return to Twitter to tell us how fucked up the 2020 election was and how great he is, who will finance that overhead? I surely won’t.

This headline arrived even before the body cooled, “Twitter is planning to start charging $20 per month for verification.” I have no idea what that means, but if Elon thinks I will spend more than $200 a year for him to feel comfortable that I am not a bot, well, he can go jump in a river. Elon Musk is nothing but a rich-Republican, Putin-apologist. He doesn’t care about free speech, democracy or anyone other than himself. It’s all madness, and when he wakes up from his high-power stupor and tries to find some sucker to buy a depleted, demonic, dead bird, I wish him luck. Perhaps he needs to take a shut the fuck up pill and find ways to make better cars and rockets.