The Truth about Afghanistan

Since the end of World War II, America has abused the privilege of waging war. You might think we’ve learned our lessons about nation building and getting drawn into wars, but we haven’t. Let’s disassemble the complexities and state some clear observations about what is now happening in Afghanistan.

When George W. Bush and Vice President Dick Cheney first marched into Afghanistan, and then Iraq, it was all about revenge for 9-11. Yes, they wanted to get Osama bin Laden, but they also had a deep-seated desire to shake up the Middle East to force change. The war architects adjusted their justifications to human rights of the women and children in Afghanistan and the weapons of mass destruction in Iraq. One was real, the other was a colossally miscalculated scheme by power hungry politicians. Americans fell for it and many couldn’t wait to go in and kick some ass.

Historians mislabeled the Soviet-Afghan War of 1979-1989 as a guerrilla war, but it was actually a Soviet invasion which violated international law. The Soviet Army fought for almost a decade in the Afghan countryside, claiming that more than 26,000 of their forces were killed during their nine-year war. Official Afghan stats state that 18,000 Afghani soldiers were killed. Pakistan, which fought for Afghanistan, suffered almost 6,000 deaths. The forces of the Mujahideen (which Osama bin Laden was part of), believe that more than 90,000 guerrilla combatants were killed. So, you see, the country has always been protected by not only government troops but also armies of hard-core, independent forces. The Taliban is a remnant of that arrangement.

Here’s another point of fact. The Afghani people have no desire for continuous war, and what has transpired over the last 20 years has been a living hell for those who call the country home. You might need a good, stiff drink after digesting this research by Brown University. Since the occupation started, the Afghan security forces have lost more than 69,000 troops and more than 51,000 civilians and militants. More than 3,500 coalition soldiers have died since 2001, and about two-thirds of them were Americans. More than 20,000 US soldiers have been injured, and some of them will carry physical and mental scars for the rest of their lives. If you are shaking your head, stop. It’s WAR, Stupid!

Sure, America lost fewer men and women than Russia, but Afghanistan is truly a big black hole where vindicative, egotistical military “experts” tell the leaders what they want to hear and march forward with mission creep and twenty-year conflicts. The same thing happened in Vietnam. When the mothers and fathers whose sons and daughters were killed in the conflict see us pulling out “early,” they have to face the grim truth that more US kids being killed won’t bring back their loved ones.

Were the soldiers’ efforts valid? Yes, but war doesn’t care about who dies; it matters only to those who must endure the pain forever. I don’t want to hear that we must continue to fight because your kid was killed. I don’t want to hear any blame about the chaos and disorder of the pull-out. I don’t need to hear the former President’s claim that if Joe Biden had followed his plan everything would have gone smoothly. Mr. Trump, claiming that the Taliban “likes” you is not a metal of honor. It’s the curse of your bad deal, which you now deny. 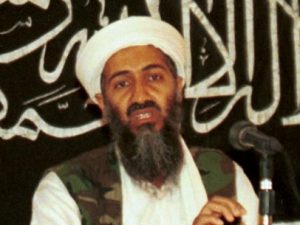 We must take a sober look at some facts. First, Osama bin Laden was found and terminated in Pakistan. Did we march into that country and try to change the regime because they “didn’t know” he was there? Did all of our bombs and killing really make those radical jihadists respect us? We never defeated ISIS; we just took the land they were occupying. We never eradicated the Taliban, and now we are hearing that even Al Qaeda has reconstituted and is waiting for the next battle over the Middle East. We spent a trillion dollars to do… what? We just delayed the inevitable.

One might argue that we should have divided Afghanistan into two and given the northern provinces to the Taliban. Really? After we pulled out of the southern part they would have attacked just as they did when we announced our departure. One pundit said, quite accurately, the Taliban has been waiting twenty years for this moment. We never defeated them, they just waited until we got bored.

We cannot fly everyone out of Afghanistan. Yes, we should protect the thousands of US citizens who work in the country, and we have a moral obligation to rescue those who worked with us during the occupation, but we cannot prevent death. We taught the 38 million people of the country the feeling of freedom, but they will lose that in a few months. We must not believe the press agents of the Taliban. They will slowly shift back to strict Islamic rule and freedoms will be lost. They already extract millions of dollars from their people at gunpoint. What would make them stop that practice?

A newsflash came across while I was writing this post. The Taliban say they won’t allow Afghans to leave the country and they reject an evacuation extension. The blockade of the airport in Kabul means they will have to secure their borders to stop the exodus from their rule. They will wait until September 1st, then bring the hammer down. It’s their country now.

Sorry, dear reader, I don’t share the media’s accelerated enthusiasm for the blame game and bewilderment about how bad it all is. It’s war, Stupid. Wars are designed to kill people. Killing is the way a war is won, and the victors get to tell their citizens how they are going to live. Yes, the right-wing media and their lunatic followers will complain about all the landed immigrants Joe Biden is bringing into America, but surely those given the gift of freedom will be extremely grateful and will work hard to make their lives better. As for the left-wing zealots, I’m sure they’ll clamor to redeploy hundreds of thousands of forces to keep Afghanistan free. What, 20 more years?

People die when the loser leaves a war. In 1995, Vietnam officially estimated that 2,000,000 civilians on both sides (North and South) perished, and some 1,100,000 North Vietnamese and Viet Cong fighters were killed during the Vietnam War. The US military has estimated that between 200,000 and 250,000 South Vietnamese soldiers died. You want to wear that metal on your chest?

Just consider, the Korean conflict was never even called a war and the result was terrible for all the North Korean people. We left Vietnam for the communists, and now we buy our t-shirts from them. We never completed the first Gulf War, which lead to the false claim of weapons of mass destruction. Did we win that war? Not really. Realize that Afghanistan is the same. I’m not trying to be a smart ass, but why do we keep starting wars we cannot win? It’s not anti-American to be smart.