Erica Jong wrote a book in 1973 called Fear of Flying, which was a portrayal of female sexuality. Some say that work helped propel the second wave of feminism. Women read the book for its liberating sentiments and men read it for the titillating stories about Ms. Jong’s sexual exploits. Go ahead and look up the term “zipless,” but the current reality of having random encounters with strangers who aren’t wearing masks clicked me back to that book. Some say we are about to enter our fourth wave of the pandemic while others say the third wave of feminism is embodied in the #MeToo movement.

Here in the US, we are facing a strange conundrum of having the world’s largest supply of vaccines while a significant percentage of our population refuses to get a shot. Hey, thanks for being so damn selfish. Almost 15% of Americans say they will not get vaccinated and the percentage among Republicans is alarming.

According to a CBS-YouGov poll, “50 percent — said they felt the vaccine hadn’t been properly tested or they were waiting to see what would happen with the vaccine. Forty percent said they didn’t trust the government, while 30 percent said they didn’t trust science or drug companies. Eleven percent of those polled said they believe that because they’ve had COVID-19, they’re now immune from the virus.” I’m not sure why they would think that but who am I to question?

This idea that the vaccines have not been “properly tested“ might be related to the daft feeling among many of these folks that they would be safer if Donald Trump was still president. They’re not good with details and science. Let’s not forget that Trump became infected with Covid-19, was hospitalized and then got better. He and his wife became fully vaccinated in January, so what’s the delay all about?

There was a great article in the New York Times today that highlights the fact that the vaccines have not been “officially” approved by the FDA, which keeps some people from getting the jab. If you subscribe, you can find it under the tag, ‘The No. 1’ public health issue.

What happens when the FDA or the USDA learn that tainted meat has entered the US food chain? They get the lot numbers of the bad meat and then send out bulletins far and wide warning to NOT EAT that meat. They then quickly mandate a recall of the tainted lot. In this case we want them to move quickly, so, why is fast action on a virus that kills less desirable than something that just gives Americans the runs?

While the CDC stresses that people need to get vaccinated, the FDA follows it’s guidelines of waiting at least 18 months to insure the treatment is safe. This leads to one of my favorite concepts, the implication of the opposite.  Here’s another excerpt from the New York Times article mentioned earlier, “…officials insisted that they were merely ‘following the data.’ In truth, though, they were basing their advice on a narrow reading of the data — and not understanding how most people would interpret their comments.” Sadly, people are not following the data now.

Moderna and Pfizer tested their vaccines among 30,000 people. By the way, the United States paid those pharma firms for the testing as part of the Warp Speed deal. So, with the testing and the subsequent total of 338,491,374 Moderna, Pfizer and Johnson and Johnson shots, what is causing the wait? It’s time, and time cannot be changed.  It’s constant and it takes, well, time. The FDA requires 18 months of data to ascertain the possible side effects and by-products of the shots and they cannot change time.

One of the conspiracy theories is that getting a shot will affect a woman’s ability to get pregnant or have kids. Well, with only eight months of vaccinations how could anyone be able to confirm or deny that notion? There is absolutely no evidence that an mRNA vaccine affects DNA or reproductive biology. There is no indication that if does anything to a man’s sperm or a woman’s ability to produce eggs. Judging by the pregnancies, births and growing kids all around us, I think we are safe.

So, for those people waiting for OFFICIAL APPROVAL, could it be their fear has been exacerbated by the merging of bad data, rumor and conspiracy theories instead of the large body of medical evidence? You know, those pure facts like 99.5% of the people getting COVID right now are unvaccinated.

A person trained in the legal profession is adept at the technique of sowing doubt with the facts to get a win for their client. Reasonable doubt works in the courtroom, but the vaccination jury has been out for so long I wonder if they even remember where we were a year ago. Back then we were having 125,000 new cases and more than a thousand deaths every day. Now with the vaccines we have about 30,000 cases and under 300 deaths per day. How can anyone doubt that this positive change is the result of vaccinations? And I hate to throw some salt in the open wound, but just weeks ago we were down below 10,000 cases a day and less than 200 deaths per day. Thanks, Delta Variant and vaccine hesitancy.

A quote by Rebecca Robbins, who covers the vaccines for New York Times, jumped off the page at me. She agrees that full approval, whenever it happens, is “probably going to be the catalyst for many new mandates.” Does she mean that people who work in the healthcare and nursing home industries will be legally bound to get a shot? If that, along with more people getting fully vaccinated, is the result, then I say let’s get this approval NOW!

The New York Times added, “Right now, it appears a full approval for the Pfizer vaccine could come in September, with Moderna not far behind.” WHAT? That is only ten months after first shots were administered, not 18 months. So, why wait until then?

Oh yeah, they are not being influenced by a raving maniac in the White House so they’re playing steady and safe. I get it, but isn’t the risk of full approval worth it? We are over 608,000 fatalities from Covid-19. How many more? Did we learn nothing from Fear of Flying? Liberation has some risk but a potentially huge reward.

CARTOON OF THE DAY 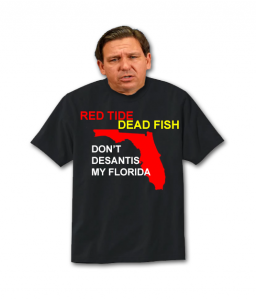